Last week was our spring concert and we were not all that prepared! Between field trips, snow days and 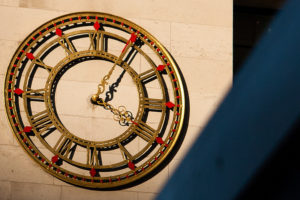 sicknesses (nothing like getting the flu the week before), I was not optimistic about what we were going to present to parents. …and I need to confess that I had BIG ideas of what I wanted to do, but simply ran out of time (right…must plan better). So, I needed to figure out how we were going to have a great concert despite the setbacks. Here are the 5 strategies I used:

1. Cut Out What You Can
I wanted my kids to sing/ play more songs, but since there was only so much time left to really learn a couple of pieces well, I cut out the rest.

2. Rondo Form Is Your Friend
I LOVE rondo form! Kids can easily come up with the A section (either 2 mm repeated or 4mm) and improvise the rest (or create 2 mm in small groups for the B, C and D sections.) Note Knacks makes this simple, as you give them the frames and they create!

3. Simplify Wherever Possible
For second grade, I wanted them to create an 8 mm piece for the B section, but opted to have them create 4 mm instead. We used body percussion for our rhythm, and it sounded perfect! No one knew the difference!

4. Rely On Standard Repertoire
First grade had been working on “In The Woods” for fun since the beginning of the year. I wouldn’t usually add a call and response song to a concert, but it worked really well! …and everyone was so impressed that the kids could remember and sing the last part without an issue! (The last part being; “Well, the smile was on the germ, and the germ was on the bug and the bug was on the wing” etc.…. )

5. Ask The Kids
The fourth grade was working on their compositions based on their art, as well as “The Star Spangled Banner”. It came down to choosing one or the other, so I asked the kids and they wanted to sing our national anthem, as they are studying American History. No problem! We sang it for the concert, and we are picking up right where they left off on their compositions this week. I am hoping to perform them at some point, but they had the choice.

We received rave reviews and the kids felt good about what they presented ……and isn’t that what it is all about anyway?

Let us know what you do when time is an issue in the comments below!