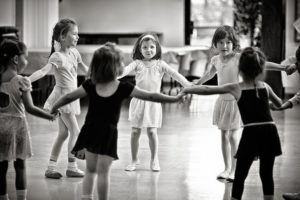 Today my kindergarteners and I had a lot of fun with the Three Bears! Last class we associated each bear with a particular bass bar. For this class, I wanted to say the words “someone’s been eating my porridge” (etc.….) in a specific rhythm, as detailed in last week’s newsletter (Click HERE for lesson and rhythms). Instead of just reading the story again and having them play this rhythm, we took it out for a spin, as they say. We tapped it on our thighs, we moved to it, and we played it on sand blocks. I then added the question, “What word has two long sounds?”. I had them close their eyes and just listen. They all called out “PORRIDGE!”. To be honest, I didn’t know if they were going to catch that, as it was 2 long sounds on one word, but they did …. yet another example of how we underestimate our students!

It is exciting to see that they are beginning to understand the meaning of long and short sounds and better yet, what those sound like in the context of a longer rhythm. I love playing around with lessons and concepts! I always enjoy asking that one question that is just beyond their supposed understanding to see if anyone catches the answer. Sometimes they do, and I am delighted….and sometimes they don’t, and I hear crickets, so I move on knowing I had pushed it just a bit too far. I let kids know early on that there are times I do ask questions I do not expect them to know, I just want to see if they can figure it out. If they can, great! If not, no worries! …. for it is in these moments that I enjoy teaching the most!